"Walter" in his new home state of Queensland.


"Walter" when he was owned by Alan Stehr - NSW.

"Rumpole" (as he was affectionately known) at Port Macquarie in 2007 with Cherryle at the wheel.

And this is Cherryle's TR4 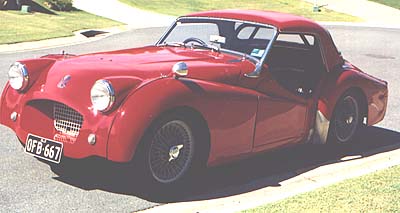